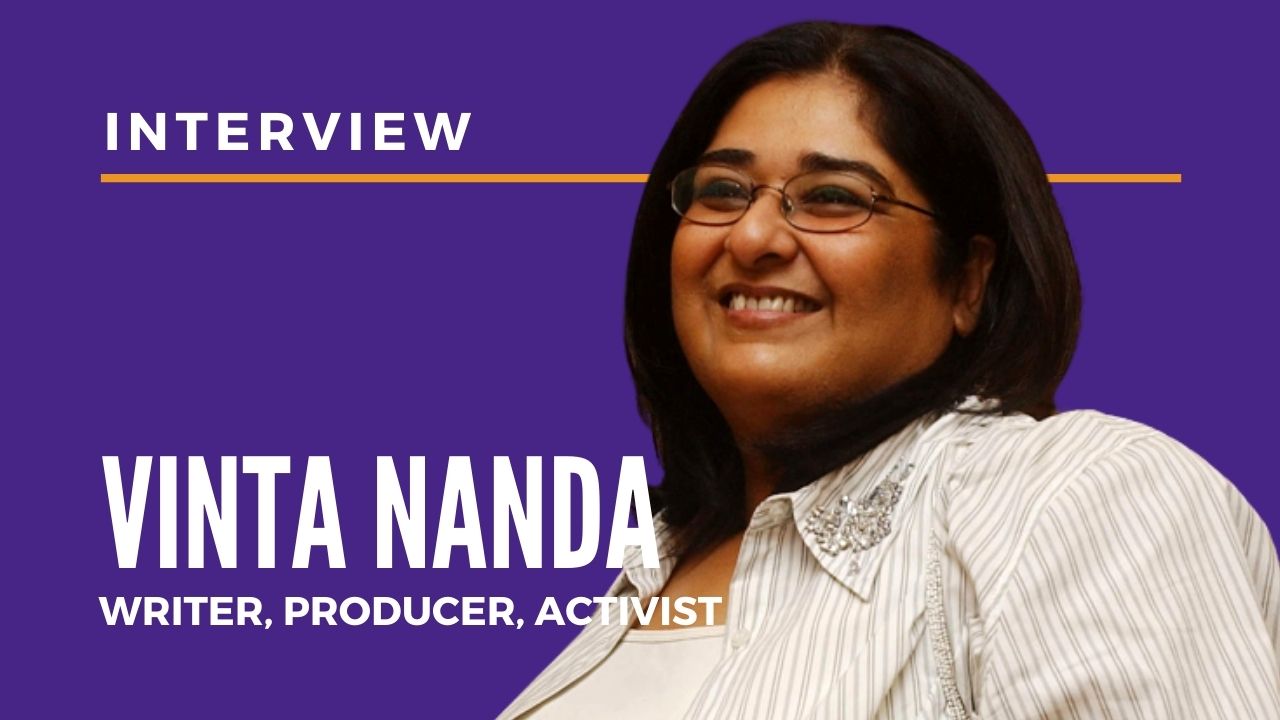 Do you think that the golden age of Bollywood stardom is over?

No, I don’t think stardom will ever get over. All eras will always be golden as far as celebrity is concerned. There’s this recalibration of all the industries taking place and for several reasons — chief among them being a global effort being made by governments to become inclusive and start working towards narrowing the gap between the haves and the have nots.

And then, because of COVID-19, which has slowed down the pace of life and brought things to a halt. There’s time for introspection, as well as enough bandwidth people have now, to readjust to a new world, where there shall be more equality. 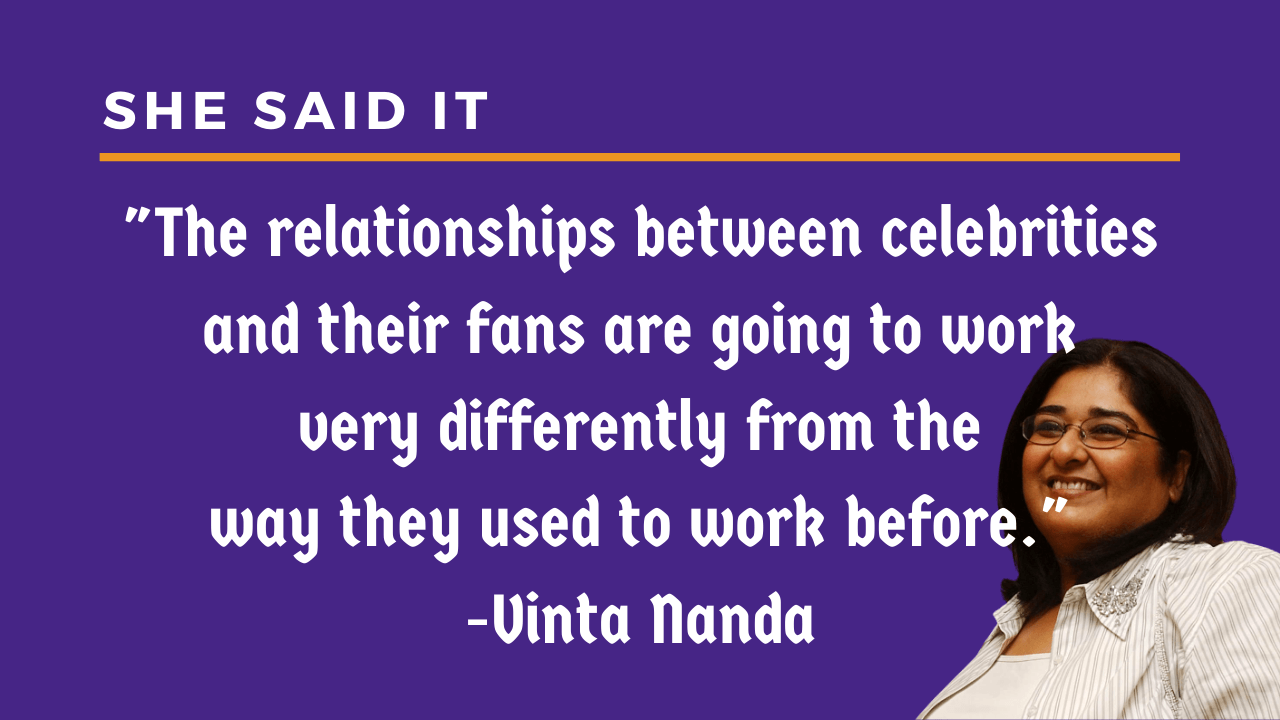 Behaviors are changing rapidly and people at large are having a hard time aligning with themselves. Technology has deconstructed everything including relationships, and therefore changed the manner in which they will function henceforth.

So, if you ask me, even the relationship between celebrities and their fans are going to work very differently from the way they used to work before. There was a trust deficit between admirers and the admired because of too many people in the middle that were blocking communication between stars and their fans.

These people — talent managers, celebrity managers, marketing managers and the many creative directors, creative producers and finally the PR machinery — will need to reinvent. Otherwise all of them only comprise unnecessary baggage that celebrities are carrying on their shoulders, and getting crushed beneath the weight. 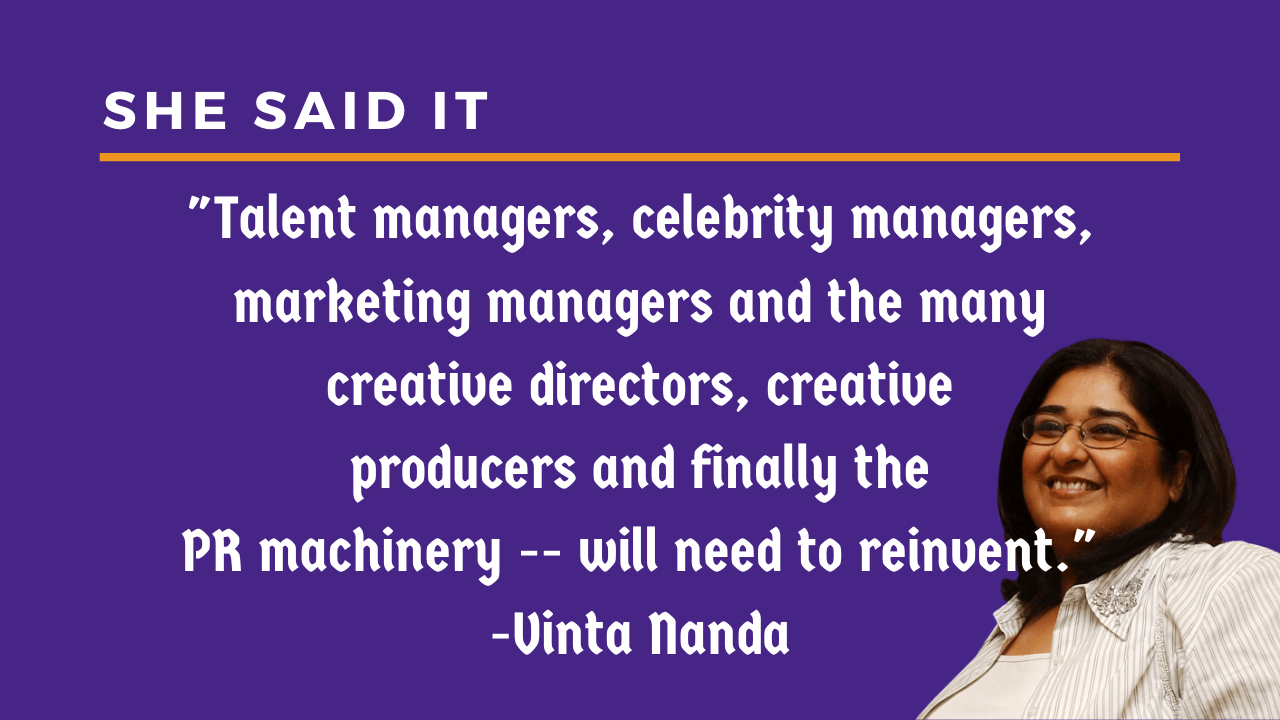 However, if you ask me if the golden age of stardom is over, my answer to you is a big N.O. The golden age will emerge through the readjustment, recalibration and reinvention – the churn – that is taking place as we speak.

Life works in a circular way – or rather I’d say, it is like a number 8 – it goes up, comes around, goes down and comes around in the middle. Right now the world is taking a circle downwards – it will soon center itself after it has taken the upward curve. We’re struggling today – but there is a purpose in there.

When the Coronavirus crisis is all over, what will the opportunities look like?

We must understand that multiple opportunities had started to surface before Coronavirus happened. Because of the technology revolution, we have already experienced new ways in which we can manifest our dreams.

Today I can operate a camera, record sound, write a script and speak to the world. Everyone can do it and thousands and millions of people are already huge stars with great fan followings from across the world. 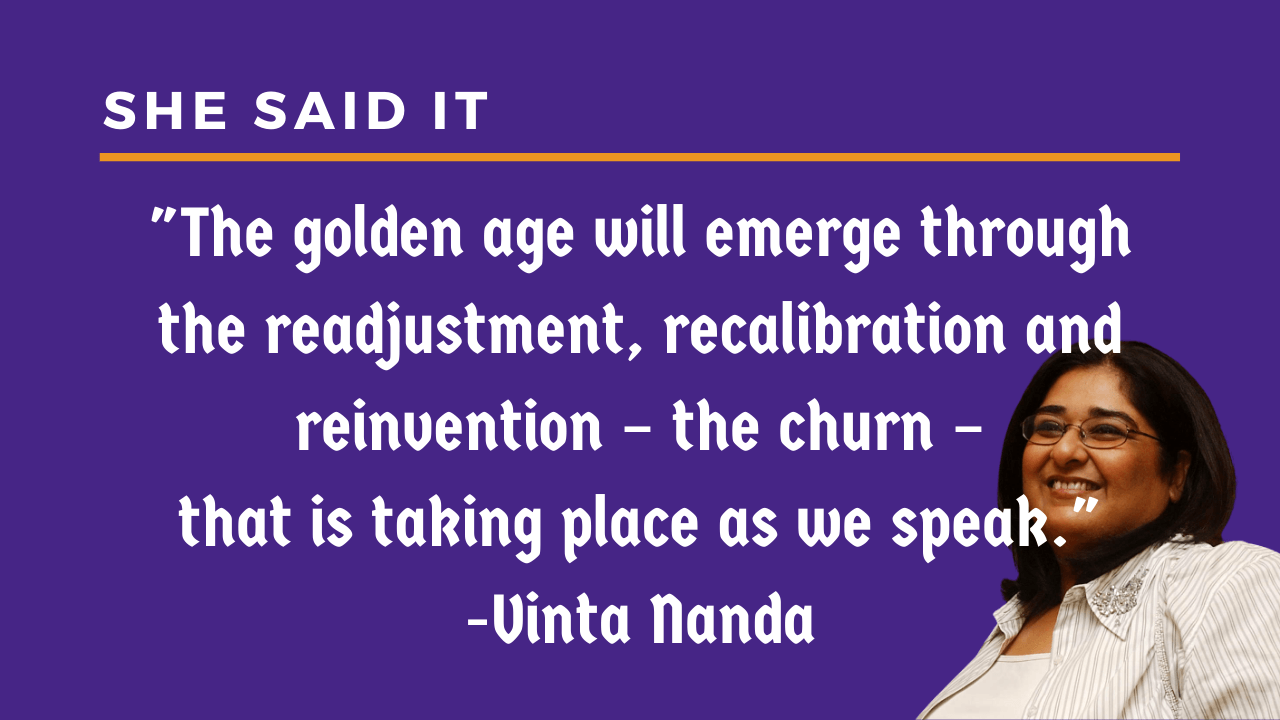 I was stunned recently, when I heard how much money TikTok stars were making before the App was banned in India. There are thousands of YouTube channels; many of them are super- popular. There are millions of communities and groups on Facebook with huge numbers attached. Besides community radio and other mediums of communication, there is national radio, regional radio, local radio and the same goes for television.

Cinema is slowly becoming democratized so all sorts of films are being made and there is one surprise after another coming at us as new talent surfaces from several sources. I know people who make small films through crowdfunding, enjoy the process of making their films and roam around the place screening their films in small groups to people who’re like-minded and enjoy their cinema. They really don’t care about the commercial world, which is too competitive to make anything honestly and too complicated for a vision to reach its desired end. 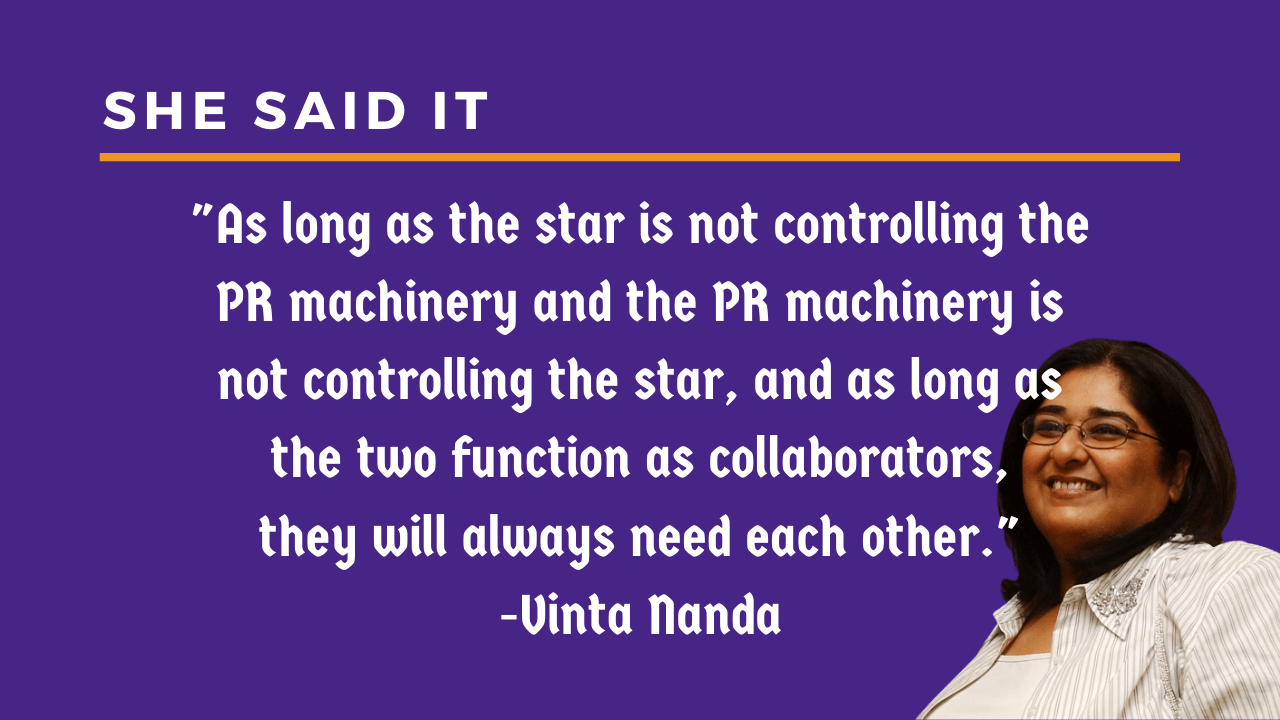 At the same time commercial cinema, television and radio continue to exist so nobody has a problem with that. In such an atmosphere, opportunity is boundless. You can be a filmmaker, a chef, run an AIRBNB out of your home, dabble with hosting, be a commentator, get an idea and turn it into anything you want – all at the same time. Who is there to stop you? Why should you stop yourself from being so many people inside one person? Why would you want to limit yourself?

So, while you’re waiting for one dream to turn true, you can be living another one. Post COVID-19, I foresee a world, an industry like that.

Yes of course it does. The lines between PR and marketing have blurred now. They’re one and the same thing. It all depends on how stars want to project themselves, as and how they want to go about doing it.

We’re slowly reaching a place where the art is going to be bigger than the person who practices it. As long as there is creativity in the way PR machineries work to position stars, it will be fine but when things stagnate and stop evolving because one or the other, or both, become monopolistic in their approach – then stardom as well as the PR design will fall apart pretty quickly.

I don’t think it evolved at all. We are where we were with both PR and marketing, 20 years ago. There has been zero innovation and inventiveness in the manner that PR functions.

Corporations took over somewhere around twenty years ago and hired PR managers who were functioning independently prior to that. Then they started to dictate to them. Thereafter everything has become repetitive.

Stars look the same, background and lighting is the same, styling is similar, there’s a copycat attitude here and if one thing succeeds everyone rushes to do it in the same manner, not realizing that they’re blocking evolution – their own as well as the industry’s. 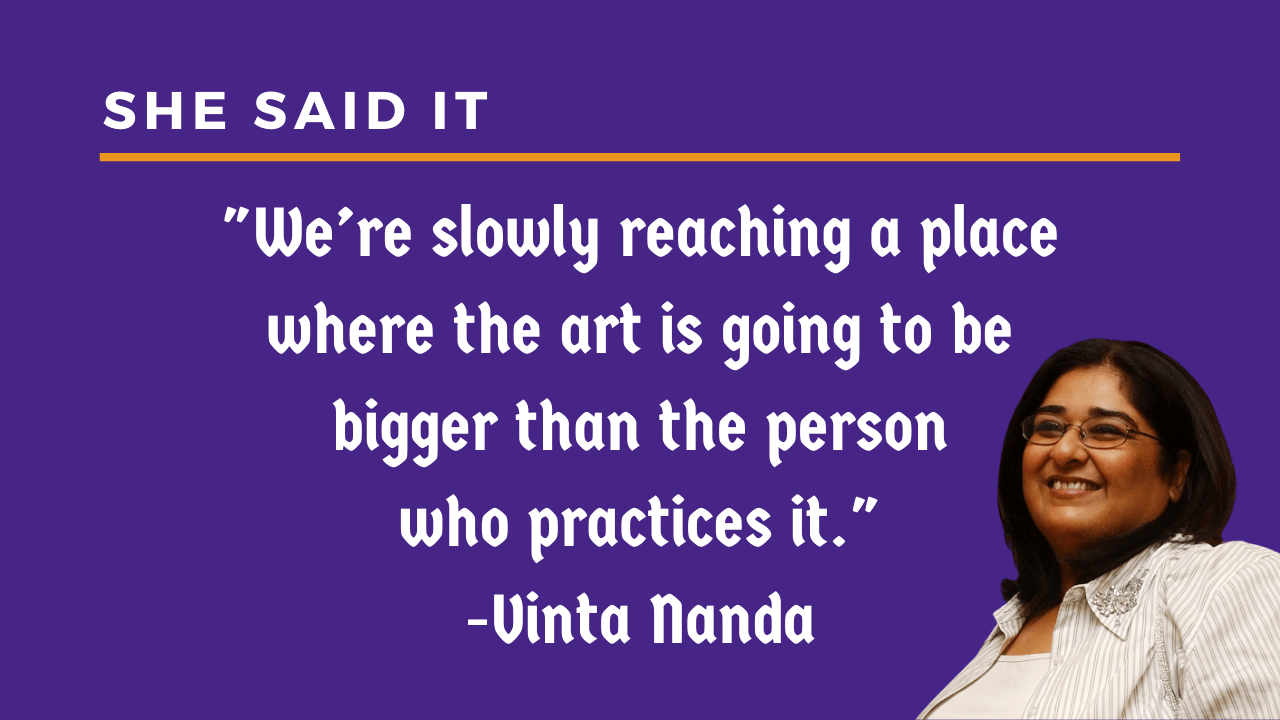 We’re now in a world order that demands that what we did yesterday must be binned before we begin our work tomorrow. You have to find a new ‘unique’ in your work every single day. You as in, as a PR, as a writer, as a star, as an actor, as a businessman, as a producer, as a paanwala or whatever you are; because if you don’t reinvent yourself every single morning, the world will have gone ahead and you will have been left behind.

Bollywood unfortunately, is still busy rehashing stories from the 1970s, 1980s and thankfully I realized while exploring some OTT shows recently, it has now graduated to the 1990s. If storytelling itself is so old, what can PR do to help? Obviously nothing!

This is a very weird question. I believe every single person, in individual as well as collective capacity, must be responsible towards society, justice, environment, human rights and sustainability.

When I hear a person say – and many in the business of entertainment say it quite brazenly – that they are not running a charity therefore they are not responsible for taking care of the world around them, it cringes me out. According to me, if you are not responsible toward society and then why are you here? What is your purpose? If you’re not going to be bothered about the garbage lying next to your house, soon your house will be stinking as well.

What book or movie would you recommend to PR professionals?

Thank You For Smoking, The Devil Wears Prada and Hancock. For reading I would recommend Spin Sucks: Communication and Reputation Management in the Digital Age by Ginni Dietrich. 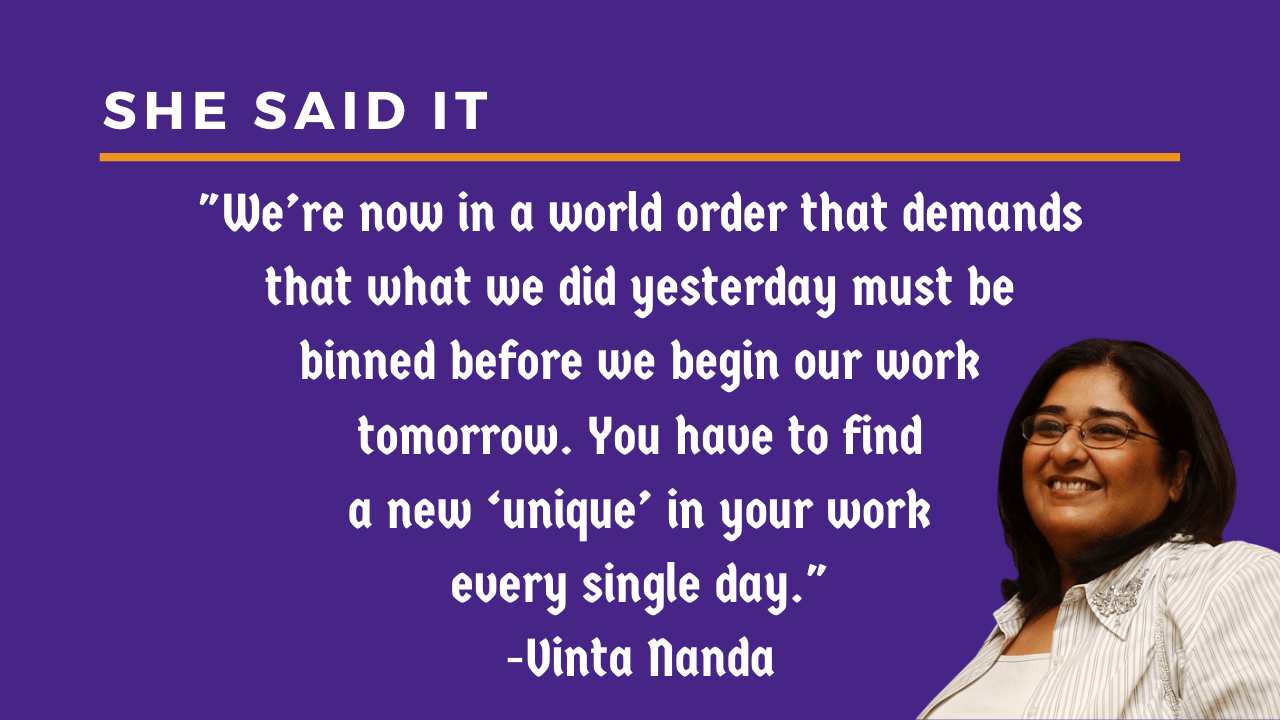 Other than these recommendations I would suggest to PR professionals that they should read good contemporary as well as classic literature. It helps make you understand people and their sensitivities. Read a lot. Be aware. Be intelligent. Be smart but don’t be over smart.

What piece of advice can you give celebrities who want to hire a PR agency? What are the qualities they should look for in a PR?

I think celebrities must surround themselves with people who are talented and share common goals with them. At first they must trust the person or agency they are going to hire or work with. Secondly, both the celebrity and the PR agency must plan. I see that most people work without a progressive plan and also have a herd mentality. They just do what others are doing. 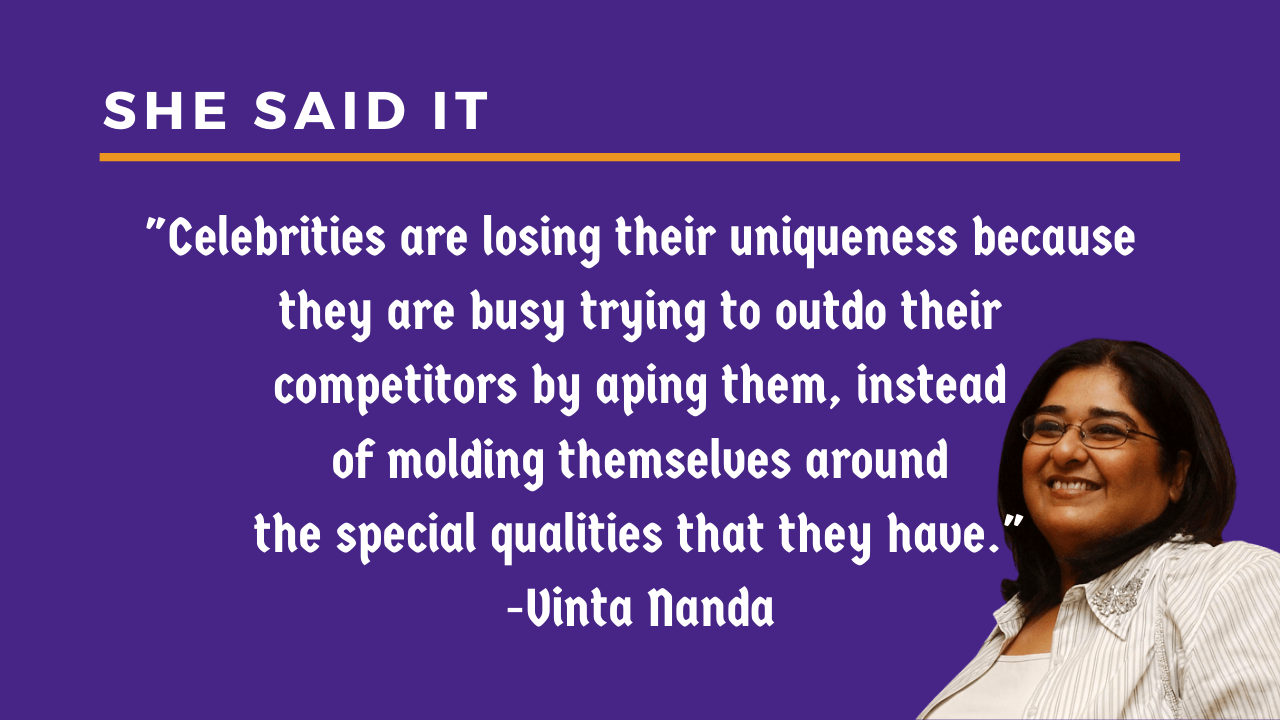 Celebrities are losing their uniqueness because they are busy trying to outdo their competitors by aping them, instead of molding themselves around the special qualities that they have.

PR agencies too, instead of creating somebody special, end up doing cut and paste jobs by copying the rivals of their clients. I don’t know why most celebrities and their teams are so insecure? I don’t know why they’re afraid to be different? I don’t know why another person’s success threatens them so much?

Poonam Mahajan stresses on the importance of Plan B

Viral Bhayani: Bollywood itself needs PR right now. The entire industry is SLANDERED and pronounced as a FAKE fraternity.