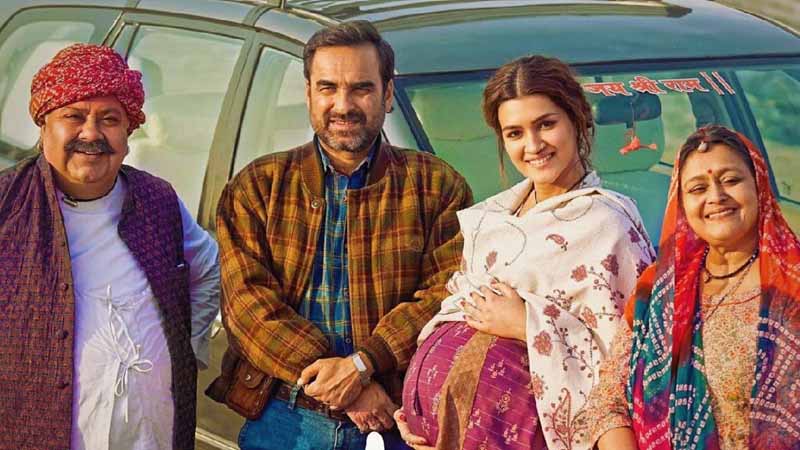 Just a few hours ago, I saw Akshaye Khanna’s movie State of Siege, where he plays a Black Cat Commando who disobeys orders of his superior and gets away with it. Lives are lost, but he is still allowed to continue his services.

And now comes this.

A lot about the movie Mimi is good, except the fact that after Kriti Sanon’s character secretly gives birth to a son through surrogacy with the father of the child being American — hardly anyone except her family members question her about the son being fair-skinned and blond-haired.

Now if the movie was set in Mumbai, toh phir samajh mein aata — that people are not really bothered what goes on next door. But they are showing semi-urban Rajasthan here… a small town near Jaipur. And still the society seems super cool and not bothered about it. Aisa hota hai kya yaar? What were the script and screenplay writers thinking!

The child grows up to be a four-year-old, and still the society members are cool. In a scene, the child is shown playing in school with a lot of children too. In another scene he joins Kriti on stage while she is dancing. But still, no one in the public seems to bother about how the child is so fair-skinned and has blond hair.

C’mon fellas!! I understand that it’s a progressive thing to show, and I really like the acceptance factor shown in the movie. But it kinda feels unbelievable to watch.

Last but not the least, Kriti Sanon’s performance is fab, and so is Pankaj Tripathi’s (so surprise there, of course). In fact, Kriti comes up with such natural and effective acting that with Mimi, she joins the league of talented actresses like Taapsee Pannu and Kangana Ranaut.

Mind you, the above paragraphs are just an observation. Overall, the film is a cool entertainer and a must watch. In fact, the acting is so good and some of the portions so entertaining and well shot, that I wouldn’t even mind watching it twice.