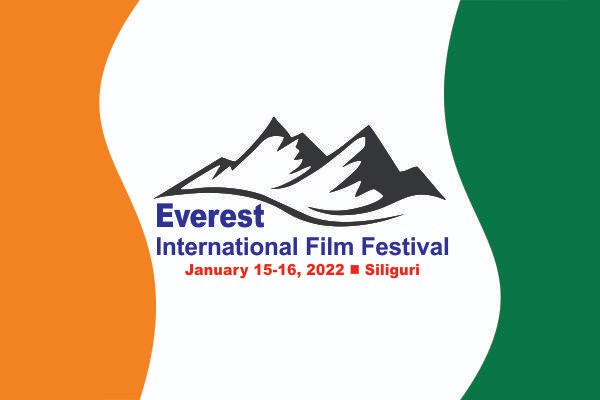 Over 2 days each winter in the month of January at the foothills of the Himalayas, Siliguri — the Gateway of Northeast India also becomes the gateway for the greatest discoveries and the year’s most anticipated movies. The EIFF facilitates exchange between upcoming directors, established filmmakers, the film industry, and the general public.

Before Corona crisis devastated the world by 2021, the EIFF was able with great success to implement a physical and comprehensive 65-film programme, attracting a lot of viewers including filmmakers, artists, celebrities, and media workers from across the entire country. The 3rd edition will take place once again from January 15 to 16th, 2022 with some of the year’s most anticipated releases including the world-premiere screening as well as the Asian and Indian premieres.

Last year, the festival opened with Suvendu Raj Ghosh’s biographical film Main Mulayam showcasing the life and journey of the founder-patron of the Samajwadi Party Mulayam Singh Yadav. Produced by Meena Sethi Mondal, Amyth Sethi portrayed the legendary politician showing an uncanny resemblance in his character as a farmer’s son and a wrestler. With a super cast including Govind Namdeo, Mukesh Tiwari, Sayaji Shinde, Zarina Wahab, and Mimoh Chakraborty, Supriya Karnik as Indira Gandhi was the one to watch out for. The film was attended by the star cast, the writer Rashid Iqbal and the producer Meena Sethi Mondal.

“It was the perfect opening film and an ideal programming choice. On one hand, it combined the entertainment value of mainstream auteur cinema with the standards to which our gala section is committed, on the other hand, it marks a new dawn of biographies, one that is able to reflect who they are in an entertaining and intelligent manner,” explained Festival Director Sanjay Kumar Verma.

Apart Main Mulayam, many other films that made their way to the festival were attended by their filmmakers and the cast. One such film was Manaroopa (English: Reflection of Mind) – an Indian psychological crime thriller film based on the philosophy of Existentialism in the Kannada language. “Manaroopais about the dilemma of millennials and their maskaphobia (fear of masks). The film not only captures narcissist characteristics that are portrayed by people in the virtual world but also accommodates multifaceted thinking perspectives of the new generation contrasting their attributes of ambiguity, obsession with love & relationships, crime, morality, loneliness, and helplessness,” said Kiran Hegde the director of the film who attended with his actor Dileep Kumar from Bangalore.

The festival also saw the great musical illuminary Ghazal Srinivas attending as a Chief Guest. Three times Guinness Book of Records holder, Ghazal Srinivas found a place in the Book for singing 100 songs in 100 different languages on Gandhian philosophy during a concert in 2008. He earned his second record for singing 125 songs in 125 albums while his third certificate came in for performing at 54 vocal concerts in 24 hours. He was also joined by the National Award-winning Director Kondapalli Dasarath Kumar.

According to Mohan Das, Jury Chairman as well as Chairman of the festival, “Cinema is the most powerful medium and telling specific stories that connect you with realities you had no idea or connection is a weapon these makers have. Being at a film festival reminds one of these powers. But many a time, such stories don’t see the light of the day. Keeping that in mind we brought in the studios and the OTT on one single platform to help indie filmmakers interact and convert their ideas into films.”

Yes, EIFF brought in D Y Chowdary, Producer & Founder of the reputed Mana Studios from Hyderabad to the festival. He graced the occasion with Mehmood Ali – one of the founders of Don Cinema – an upcoming and leading OTT channel that will also be present at the festival.

“It was indeed a golden opportunity for Indie filmmakers to interact with such luminaries,” said Sanjay Kumar Verma. “As EIFF gears up to host yet another successful edition, we are focused on creating a vibrant ambiance for filmmakers and audience to further enhance Siliguri’s position as a leading film making and tourism destination. In case you have not yet sent your film to the 2022 edition, do it now,” concluded Sanjay Kumar Verma.