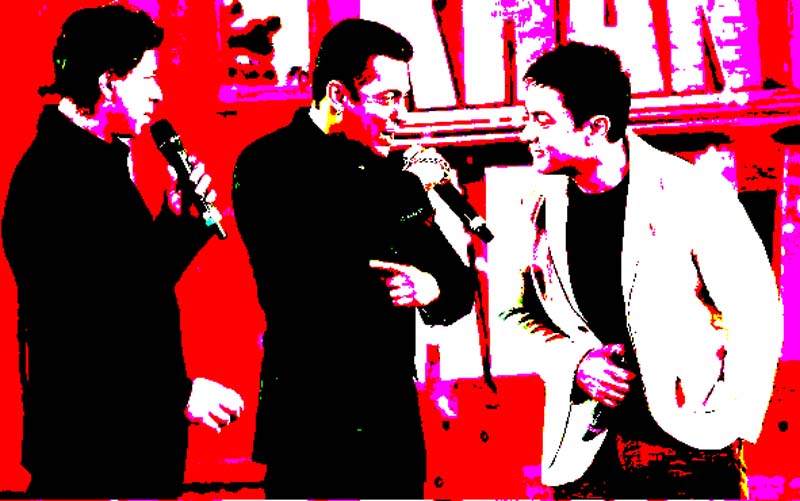 Ruling the Bollywood box-office for the past three decades is the tag of The Power Khans. The three legends, collectively known as the Three Khans are Shah Rukh, Aamir, and Salman Khan from the Indian film industry. Sharing the same surname, these three legends are not related and are considered to be the most successful movie stars of the industry. The last time such a similar success story that Bollywood had witnessed, was during the era of the holy trinity of Dev Anand, Raj Kapoor and Dilip Kumar. However, the Khans together have pushed the boundaries and taken this to a higher level, analyse Sid Baliga and Harini Srinivasan.

Right place at the right time

Whereas the success of the three Khans may be attributed to their good looks, charisma, and rich family lineage, it cannot be limited to these factors alone. Suparno Sarkar, an entertainment journalist during a discussion with Sid Baliga and Asha Sampath at The Bespoke Show, stated that the major contributing factor to their rise to fame is their being at the right place at the right time.

Let us see the golden period of each of the Khans across 30 years and what made them stand out.

Termed as the quintessential star by Ritesh Navalgund, AVP at Sony Pictures, Shah Rukh Khan owned the 90s with some of his notable movies — Baazigar, Kuch Kuch Hota Hai and Dilwale Dulhania Le Jayenge. His rise to fame can be attributed to the huge risk he took in essaying the role of a villain which made anti-heroism popular in India. SRK took the risk that other heroes were afraid to take, and achieved success.

While naysayers predicted this bold move would impact his image, it actually catapulted him into another orbit. Shah Rukh Khan was introduced to the masses in Fauji, a TV series that led to his popularity. Dr. Githa Heggde opined during The Bespoke Show (TBS) that without the fame of Fauji preceding the negative roles, we cannot say for sure if the anti-heroism element would have worked in Shah Rukh’s favour.

From a consumer behaviour perspective, the audience sees SRK for the person he is and not the character he takes on. This is evident from the disrupted support from his fans when he played contrasting roles and yet, amassed a huge follower base. The self-made King of Romance has done more than 80 Bollywood films and is a recipient of eight Filmfare Awards for ‘Best Actor in a Leading Role.’ Many of his movies revolve around the national identity and he was honoured with the Padma Shri for his contribution to the industry.

Salman Khan: ‘The Tiger of Bollywood’ aka ‘Bhai’

Known as the Tiger of Bollywood and titled by his fans as Bhaijaan, Salman Khan is an actor with both highs and lows in his kitty. The big turning point of Salman’s career was his movie Wanted, followed by Ready and Dabangg. The audience saw him transform from the boy-next-door into an action hero. Post Wanted, Salman Khan has been riding on a high wave.

In the years that followed, anything that he touched became an instant hit. Salman found his forte in action-packed masala entertainers, which the audience loved to see him in. Going further, he continued to make his mark by doing more of the macho-man movies. He consistently ranks in the Top 10 names featured in Forbes India and Forbes Worldwide list of highest-paid actors. 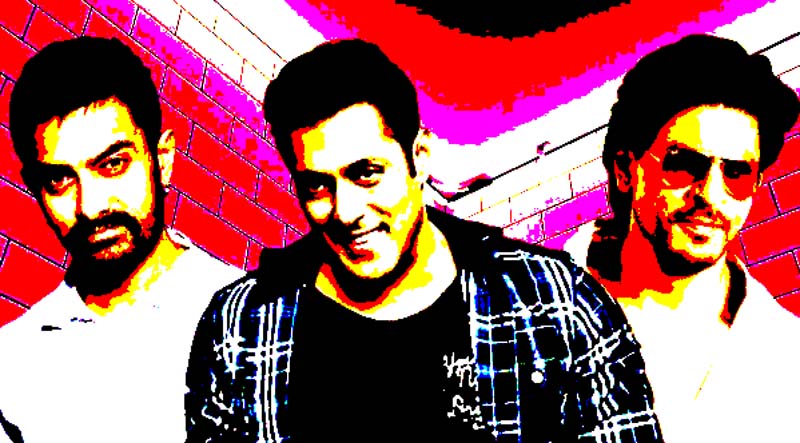 Aamir Khan is known for delivering movies with social messages and that too, with great attention to detail and quality. Aamir, in addition to being popular in India, has a huge fan base overseas too. He has amassed a massive following in China and Korea.

Dr. Dinesh Kumar, Professor at IIM Bangalore, during The Bespoke Show, said that a video store in Seoul had stocked only a single movie from the entire Indian cinema industry — 3 Idiots. This reflects that Aamir can establish a connection with people from different cultures too.

He started his acting career as a child actor in Yaadon Ki Baarat and his first movie, as a full-time actor, Qayamat De Qayamat Tak, is a major milestone, as a musical romance in Indian cinema. He is currently popular for movies, with a social connect, such as Lagaan which was nominated for the Academy Award for Best Foreign Language Film and bagged a National Film Award for Best Popular Film.

His commercial big wins include Ghajini where his fans could see Aamir Khan in an action role. He continues to deliver box-office hits such as PK, Dangal and Dhoom 3.

Bollywood PR is now on Telegram. Click HERE to join our channel and stay updated with the latest headlines.

Their paths to success

When we dig deeper into the backstory behind the success of these three legends, a couple of factors come into the picture such as audience following, the genre of movies they pick, and the fame they have attracted overseas.

The three superstars have transfixed the audience and this effect has been passed on for three decades. The secret behind this is the connection they have with the audience. While each actor falls under a different socio-economic classification, they are liked by different audience segments.

Moving onto the budget versus movie collection – if we take a look at the average collection in the last 10 years worldwide, Aamir Khan takes the lead, followed by Sallu Bhai and Shah Rukh Khan.

Aamir Khan has a huge connection with the audience in China and Korea while Salman Khan is hugely popular across North, Central, and North-West India. Shah Rukh rules in the Middle-East and is also doing well in the UK as the effect of DDLJ has not worn off even after so many years.

Though, the year 2018 was not a good year for the Khans. This is because the audience does not watch the actor alone, but the entire movie package. They are attracted by the whole package, the film provides, which determines the extent of the film’s success. 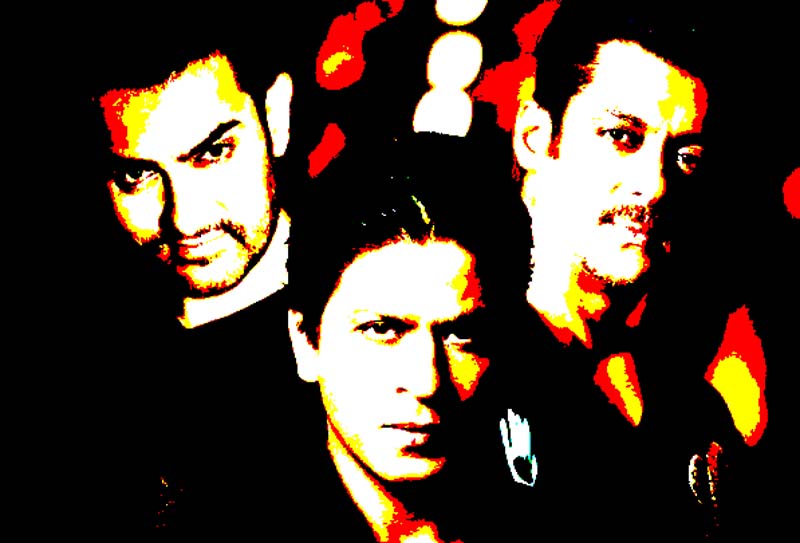 Some numbers to crunch

The fame of these actors also depends on the IMDB ratings for their movies. If we look at the Top 10 movies of each actor, Shah Rukh Khan has only two films with an IMDB rating of above 8 namely, Swadesh and Chak De India. Aamir Khan is a step ahead and has 3 movies in his kitty with an IMDB rating of above 8, whereas our beloved Bhaijaan has no rating as such. Yet, his films do well at the box-office and his fan base is huge.

Within India, not all the films of these megastars are blockbuster hits. But the Power Khans shot to fame as they made it to the elite 100 Crore Club. They have starred in 8 of the top 10 highest earning Bollywood films. Shah Rukh Khan has delivered 3 all-time blockbusters, closely followed by Salman Khan with 2 blockbuster hits. Aamir Khan has the most blockbuster hits of 5 films to his name. 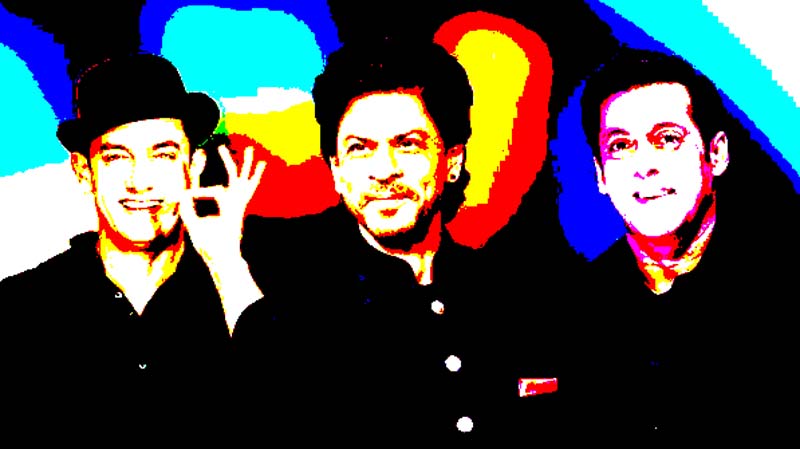 Prof. Dinesh Kumar gave an analytical point of view of the performance and fame of each of the Khans at The Bespoke Show. He commented about the positioning each actor has for himself. Salman Khan generally delivers commercial films with action-packed performances, while socially relevant and challenging genres are the forte of Aamir Khan.

The Badshah of Bollywood, Shah Rukh Khan is in a struggle with positioning himself in the right genre. The romantic hero is still famous for romance but lacks in delivering more holistic roles.

Experts believe that the scene of Indian cinema is changing. While all the legends started their careers with a rom-com, the scope for rom-com is limited. The audience is not witnessing any innovative storytelling in this genre, which could be one of the reasons why SRK is struggling in this genre.

However, this does not mean that Shah Rukh Khan has lost his fan-base. His ability to enthral the audience with his speech makes him a favourite to many. Aamir Khan has been delivering a consistent performance throughout. No wonder, Rob Cain has titled him as “the world’s biggest movie star.”

A lot of hard work and luck entails the success of any actor. These ‘superheroes’ have disrupted the industry when they began their careers and created a mass following. Over the years, they have carved a niche for themselves with a loyal fan-base.

Events in their personal lives have rarely affected the professional fame these actors have achieved. For instance, although Salman Khan was entangled in legal issues and Aamir Khan made strong comments on communal intolerance, their fame and huge fan-base remain intact. 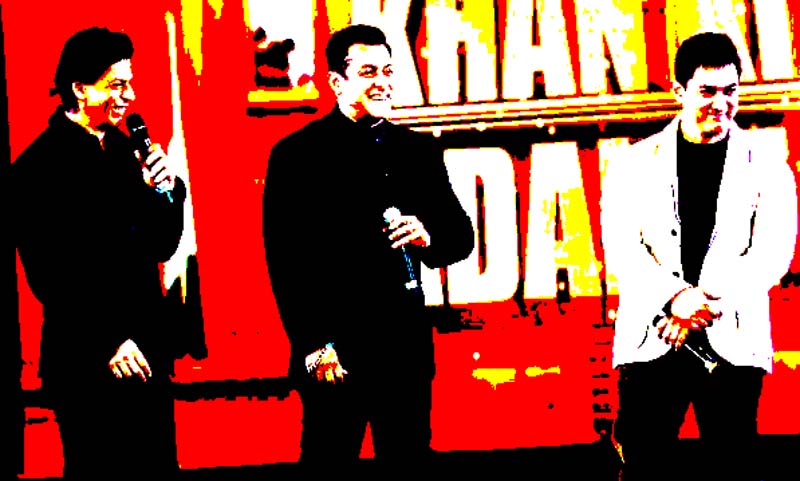 Their consistent performance across 3 decades and the openness to take up and portray new roles have put them in the limelight many times. Each of their roles is warmly welcomed by the audience in both domestic and international arenas.

The trust factor and the ability to keep the audience glued to the screens have contributed to The Khans being crowned the ‘New Age Holy Trinity’ that ruled Bollywood for so many years. The influence and impact of these three super stars have trickled down through generations and they continue to charm the audience through their movies, masti and magic.

Sid Baliga is a content development expert and author of several books. Often featured by the media, he is also the co-producer of The Bespoke Show (TBS). Read more about him at www.sidbaliga.com

Harini Srinivasan holds a bachelor’s degree in engineering and has worked with Zoho Corp. She is currently a management student at Symbiosis International (Deemed University). Read more about her on LinkedIn