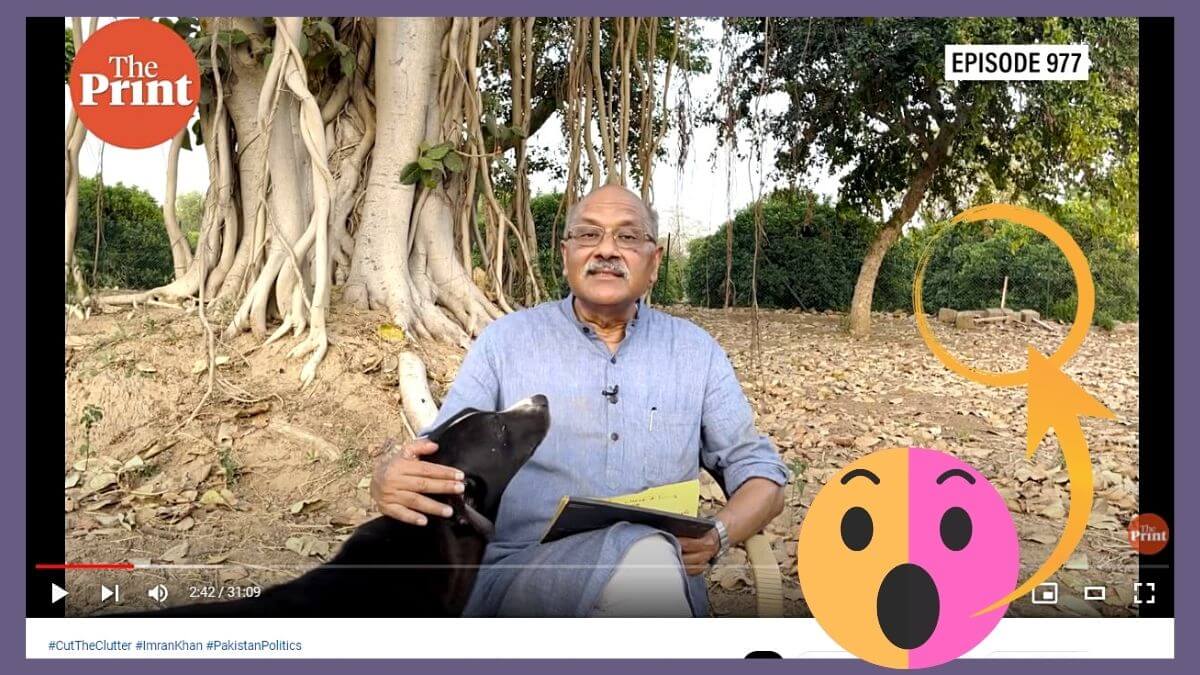 April 1st is gone, but I still thought this could make for some interesting reading. 😉

While watching the 977th episode of Shekhar Gupta’s fantabulous Cut The Clutter from the YouTube video version of The Print, I spotted something which looked like Thor’s iconic hammer — the Mjolnir — in his private jungle-like backdrop. That too, not one, two, three… but seven of them. (Disclaimer: There might be more!)

Don’t believe me? Have a look at the pic above, or check out the video link below.

To find out more about the Mjolnir (pronounced myol neer), you could check out the Wikipedia page on Thor.

In the meanwhile, Mr Gupta’s cute doggies Meeku and Sheru dropped in for special appearances in the video and checked up on him. However, like Mr Gupta, they too seemed oblivious to the seven Mjolnirs hammers lying around in the woods behind.

Now, now! Reading this, you might call me filmi, but that would be correct. Filmi, I am. Chalo, bye for now. Rock on!! (And oh ya, that also happens to be the name of one of the movies I’ve handled the PR for).

Just for the record, the Mjolnir is one of the most powerful weapons in the Marvel universe, as well as in Norse mythology (comparable to Odin’s spear). Some of the attributes are that it cannot be touched by any mortal (except that it is worthy), it returns when it is summoned and it is able to control elements of a storm (rain, lightning). Take care, Mr Gupta, Meeku and Sheru. Love you all.