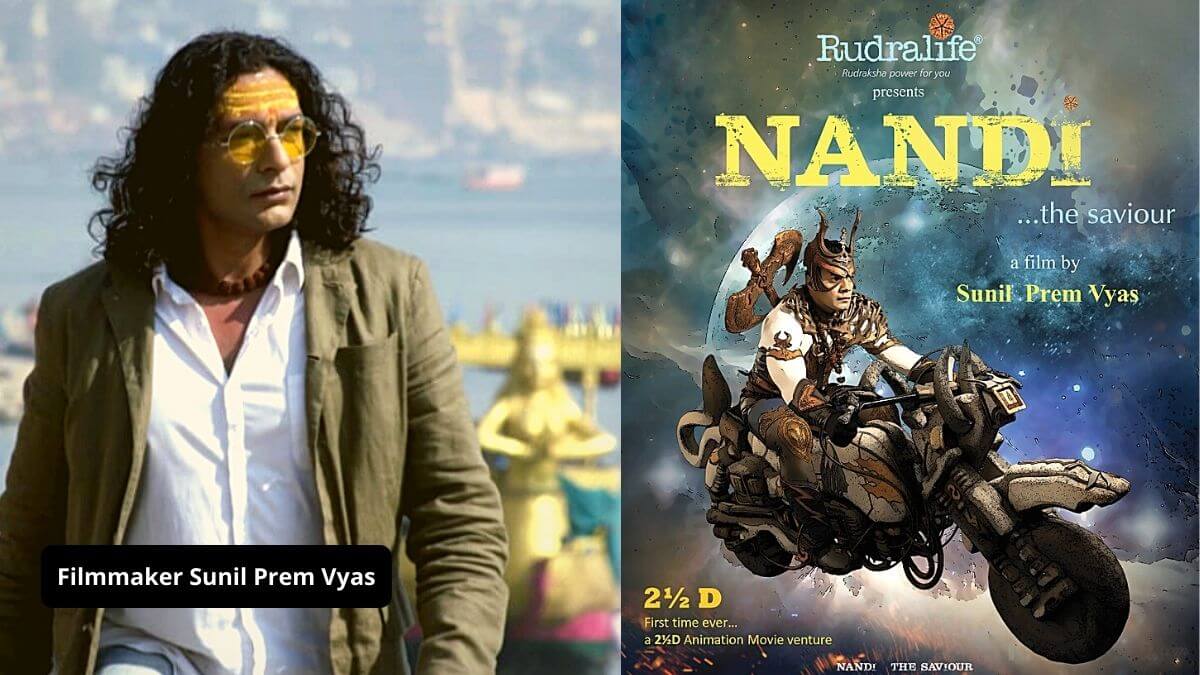 Sunil Prem Vyas is all set to embark on a new journey with the launch of his animation film Nandi – The Saviour. Written, edited and directed by him, the film is being launched on the occasion of Mahashivratri on March 1, 2022 at a banquet all in the suburb of Andheri; the heart of Bollywood.

And since it’s a story revolving around the mythological character of Nandi, Sunil has decided to begin the launch event invoking the blessings of Lord Shiva with a Shivling Puja. This will be followed by a poster and teaser launch of the film and a press meet.

“For the first time in the world we are bringing in a 2.5D (two-and-a-half dimensional) movie venture and its going to be fun to execute this amalgamation,” says Sunil. “What all it will entail is being kept a closely guarded secret for now,” he adds with a wink. Guess we have to wait and watch for the action to unfold.

45 years ago, Immaan Dharam was sandwiched between Adalat and Khoon Pasina