And why psychiatrists never trust a smiley face 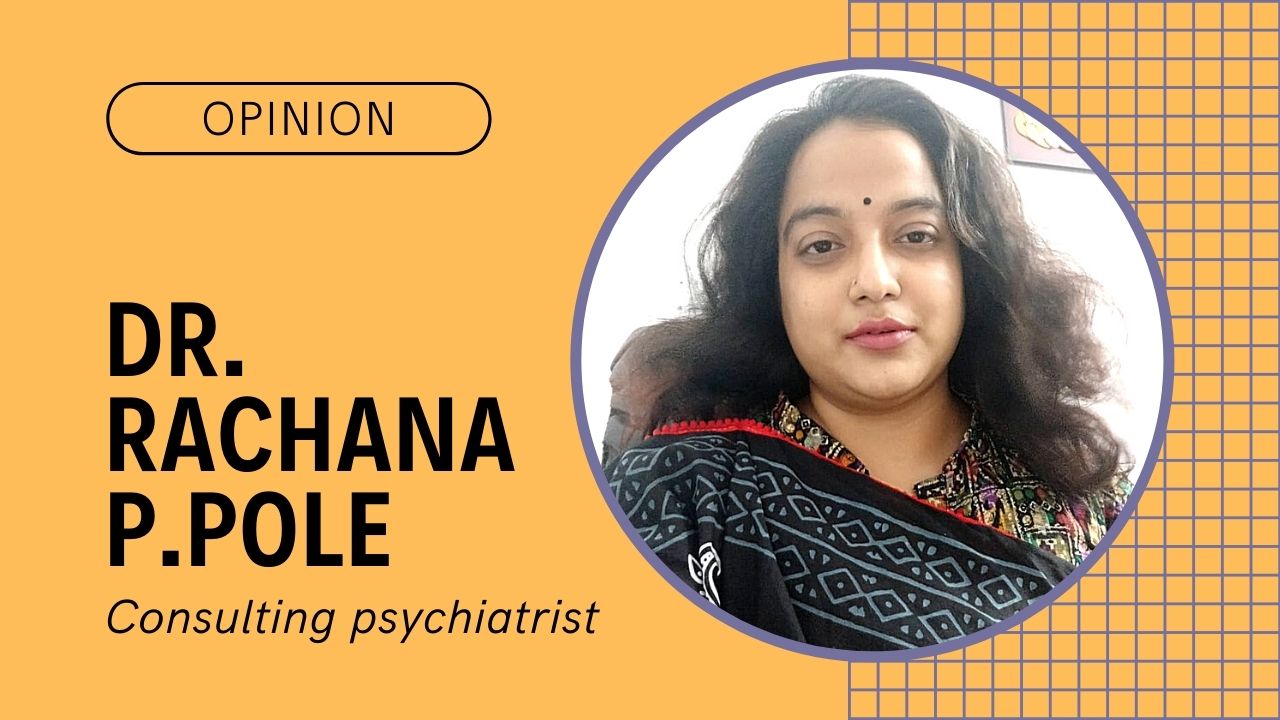 Consulting psychiatrist Dr Rachana P. Pole who runs Saarathi Mind Care & Wellness Center in Aurangabad hopes that Sushant Singh Rajput’s death actually leads to a revolution. A revolution in our attitudes towards mental health issues. She dreams of the day when people don’t obsess over a suicide, let the investigating agencies do their job and have empathy for their surviving family members.

One fine day when I was sitting in my consulting room, a patient’s relative walks in and asks me, “Doctor will my brother commit suicide? What are the chances of it?” Surprised at the sudden question, since the said patient had never expressed any suicidal thoughts ever, I asked her the reason for that question.”Doctor, Sushant Singh Rajput committed suicide na! If a person so rich, so good looking and successful like him could do that, why can’t my brother?”

Over the next few days, many patients and their relatives asked the same question. I gradually lost count. What seemed like a suicide prima facie, was termed as an alleged murder. What followed was chaos that all of us have seen, experienced and felt. SSR’s tragedy occupied every newspaper column, every news channel and almost every other communication medium possible. To the extent that my three-year-old daughter learnt the words ‘SSR’ and ‘Rhea Chakraborty’ by heart. News channels that were running the Corona countdown 24 hours, were now mentioning Sushant Singh Rajput’s demise all the time. And why not! Media only gives the news that sells!

Fast forward three months and majority of the institutions are saying it is highly possible that it indeed was a suicide and chances of any foul play in the said case are very less. Even as I write this, the matter of SSR’s death is still sub-judice.

What concerned me most as a psychiatrist in the whole SSR case, was our reaction to it as a nation. Was it the first time someone committed suicide in India? Hell no! Going by statistics, 500-700 farmers committed suicides every month in Maharashtra alone in the last few years. But then, barring a few political parties and social organizations, no one was this shaken. Farmer suicides were understandable on grounds of poverty, environmental adversities and so on.

Basically any person committing suicide was understandable for various reasons, but not SSR. Why? Because he was successful, rich, handsome and talented and he was also someone who rose from almost nothing. He became the representation of the majority of the middle class in India. A symbol of ‘it’s always possible’ stream of philosophy. He had to win every battle; how could he lose one?

Three to four psychiatrists who were allegedly treating him for mental health issues recorded their statements with the police. But people came up with a flawed logic that since SSR was so intelligent that he cracked the IIT examination, he couldn’t have any mental health issues! Such disbelief! Such strong denial! Such outrage!

The common man for whom he was the role model, their hero, were just not in the mind frame of accepting that it actually could have been a suicide. They needed reasons. Not just reasons but believable reasons that lead to his demise. What played out was an obsession! By media, people, investigating agencies and not to say the least, political figures. We slept with SSR on our mind and woke up to the same.

Usually when someone dies of any reason, his dear ones go through the phases of what psychology calls grief. The stages of denial, aggression, bargain, depression and acceptance. Usually this happens in personal space and doesn’t actually involve the community as a whole. But in this case, unfortunately it all played out in the public domain. The aam junta went through all these phases and the media definitely played with their emotions.

TV channels found a new weapon to keep people transfixed to television sets and they didn’t leave any stone unturned in glorifying suicide. The situation got so much out of control and emotionally charged that we had to launch suicide helplines to prevent suicides. Such was the aggression of the people, as if had to be blamed, punished and sent to the lock-up to calm them down. All this chaos to prove one thing — ‘SSR COULDN’T COMMIT SUICIDE’.

So whom should we blame actually? Was it the media who was wrong? The political parties? Or Bollywood? Or the so-called ‘evil’ girlfriend? In my opinion, none. We have to blame ourselves. The only fact that remains is, we as a nation have completely failed to respond to a suicide responsibly, sensitively and rationally. So deeply rooted are the disbeliefs about mental health issues in India, that we assumed it was impossible for a rich successful intelligent man to commit suicide. We assumed that it was impossible for him to suffer from any psychiatric disorder, let alone use some narcotics.

Unfortunately, the reality is entirely different from popular opinion. Yes, anyone, irrespective of his success or position in life can commit suicide. Yes, it is possible for anyone to be affected with psychological issues. And no matter how much you want it, sometimes there is no immediate and evident precipitating event for such a drastic step taken by some.

Majority of our curriculum in psychiatry focuses on teaching just that –never trust a smiley face. What exactly drives a person to a suicide is largely subjective and an immensely powerful internal experience. So an event as an earthquake wherein one lost everything can drive one to suicide at the same time a trivial issue as a scolding by parent can also push one to end his or her life. The causes of suicide are not always social. Sometimes it’s entirely biological what we lovingly refer to as “Chemical Locha”. Suicide is almost always multi-factorial.

So whether it’s about bullying in Bollywood or the raging wars in the world, it’s up to the coping skills of a person and his own emotional experiences that decide whether or not he will take his own life.

All things said and done, anyone who decides to take his or her own life under any circumstances, has some psychological issues that need to be addressed. In the SSR case, we as a nation failed to introspect, accept our fears and failed to look at  him as just a human being capable of having all the emotions. We miserably failed at sensible handling of a suicide and at responsible reporting of the same.

As a psychiatrist, I hope that SSRs death actually leads to a revolution. A revolution in our attitudes towards mental health issues. That it washes away our prejudices and paves way for a more open-minded and accommodating view towards people having psychological issues.

I am fully aware that this will require mass educational awareness campaigns and a lot of hard work. The wish itself is like a dream, difficult to bring to reality. Nevertheless, as a psychiatrist I dream of the day when we don’t obsess over a suicide, let the investigating agencies do their job and have empathy for their surviving family members. May the soul of SSR give us the courage to achieve all that. Amen.

Aditya Narayan plans to get married with 18k in bank. And probably, no bike!

Why is it important to always stay sceptical about social media?